If you didn’t see the Michigan vs. Ohio State Football game in Ann Arbor yesterday, you missed a beauty.  Dennis Dodd of CBS writes eloquently in his report of the experience.  Yes, we write experience because not only did the game exemplify competition at such a high level, it showed the emotion, and grace, love, admiration, that teammates and supporters can have for one another.  Throughout this game, and, if we may, the Auburn vs. Alabama game, the TV production teams did a wonderful job capturing the audience’s reactions to what was happening on the field.  And, of course, the mass celebration on the Michigan field that lasted into the night was…beautiful.  People hugging each other and celebrating what they just witnessed…it was great to see the love of life, through experience, and human emotion in such a light, that makes it all worthwhile.  Here’s the report:

ANN ARBOR, Mich. — Jim Harbaugh never wavered in the most brilliant light of his college coaching career. He was the same, almost bland, figure Saturday that he had been in most postgame settings since coming back to his alma mater seven years ago.

Eighty-three games into that Michigan return, six games deep into coaching against his program’s bitter rival, Captain Comeback completed his biggest comeback yet. Forget winning the big one, Harbaugh finally got his first one against Ohio State. 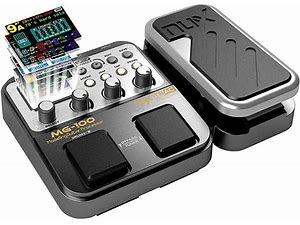 “It feels like the best one,” said the coach of No. 5 Michigan after a life-changing, streak-breaking, back-slapping 42-27 win over No. 2 Ohio State. “I don’t know if I got anything [else] for you.”

That was enough following a win that altered his career arc, national perception, and oh yeah, the Big Ten championship and College Football Playoff races. Michigan won the Big Ten East outright for the first time and will compete in its first Big Ten Championship Game looking for its first league title since 2004.

The best way to tell the story of Michigan’s historic win is through the eyes of others at snowy Michigan Stadium.

There was Sarah, the coach’s wife, in the back of the room standing next to her brother John Feurborn. It was decided years ago that Feuerborn would fly from his Kansas City-area home to be sort of an emotional sherpa during game weekends for the wired coach.

There was Michigan athletic director Warde Manuel, who deftly renegotiated Harbaugh’s contract in the offseason, keeping the program intact while serving proper notice.

Prior to Saturday, Harbaugh’s history in this game had to wear on him. He went into Saturday with an 0-5 record coaching against Ohio State and not so much as a division title to his name in 11 years as an FBS coach at Michigan and Stanford.

“We’ve been playing these dudes, really, since January,” quarterback Cade McNamara said of the Buckeyes. “Every workout, every practice, every game, everything we put into this season. It got leaked that we had up on our board, ‘What are you doing to beat Ohio State?’ That was something we kept in the back of our minds.”

And so, when adversity hit, Harbaugh and his guys didn’t crumble this time.

It had been public that Michigan’s coach, who couldn’t win the big one, took a pay cut to $4 million and got rid of six assistants in one last salvo to do just that … or else.

“He mentioned a quote to us,” McNamara said. “It was, ‘Fear no circumstance.'”

And so, they didn’t. Not when they were defeated by Michigan State last month. Not when the critics were writing Harbaugh off again. Not when the Buckeyes were scorching the earth and looking very much like the 2020 Alabama team that simply outscored opponents on its way to winning last year’s national championship.

Not on Saturday. Not when Michigan answered seemingly every challenge from The Team Down South. The Wolverines plowed through their rivals in a game Bo Schembechler would have hugged to his breast.

The team, the team, the team finally beat Ohio State for the first time 3,654 days. Yes, it’s been that long — a decade — since the last Michigan win in 2011. But Harbaugh had been responsible for only the last five in a losing streak that had reached eight and extended back to 15 out of the last 16 meetings.

The Wolverines’ pent-up desire to win The Game manifested itself in 10 penalties by the Buckeyes, five of them false starts against a beleaguered offensive line. Michigan scored on the first two possessions of the second half to turn its anxiousness into a field storming in a snowstorm that raged into the night.

“I just really think this team was perfectly built to beat Ohio State,” McNamara said. “We thought we could run the ball and physically dominate them. That’s what happened. We knew that was the mindset we were taking. We were going to go for it on fourth down. We were going to let all the arrows fly.”

It just took 12 games to prove it. Michigan came into The Game having lost only two fumbles all year. Its only turnover Saturday was a first-half McNamara interception that led to a field goal. The offensive line that pushed UM into the top 15 nationally blew out a beleaguered OSU defensive front.

“It hurts,” said Ohio State coach Ryan Day, who lost for the first time in 26 Big Ten games. “When you live this year round, it really hurts, and there was so much riding on it. It’s going to leave a mark for a while.”

Michigan was gliding so high it won’t need a plane to get to Indianapolis next Saturday to play in its first Big Ten Championship Game. It will be chasing its first outright Big Ten title since 2003. (UM split with Iowa, its opponent next Saturday, in 2004.)

If Michigan gets by that challenge, it will almost certainly be in the playoff, likely as the No. 2 seed.

“We knew that we could beat them,” said Andrew Stueber, one of four starters to return on the Michigan offensive line. “Now we know what it takes. Now we just have to do that every single year. They’re human, too. We proved that today.”

The top came off at halftime. Both teams somehow left the field at the same time and confronted each other in the tunnel leading from the field. It was good, old-fashioned hate with both teams lobbing birds while game officials blew their whistles for … what?

On Michigan’s second possession of the second half, the top came of off Ohio State’s defense. A play-action pass from backup quarterback J.J. McCarthy to Roman Wilson went for 31 yards. A flea flicker from McNamara to Mike Sainristil went for 34.

One snap later, another altercation broke out. Wilson was holding on the ankle of Ohio State’s Cameron Brown, who ripped off Wilson’s helmet. The unsportsmanlike penalty brought the game to the OSU 1. Haskins then punched in his third touchdown for a 15-point edge that would be the final margin.

“These guys have been disrespecting us,” Wolverines star defensive end Aidan Hutchinson said. “They’ve been stepping on our jerseys. Talking about hanging 100 on us.”

Hutchinson deserved some sort of voice after a game he dominated. His three sacks gave him a program-record 13 for the season.

“I’m willing to die for this, I swear,” he told reporters asking about Ohio State this week.

Hutchinson didn’t need to go that far. It only seemed like a human sacrifice as the Big House seemed to be filled with more fans than snowflakes after the stands emptied.

Saturday, however, was no time to think about the future. It was a time to soak in the present.

“We did enough,” Harbaugh said, “to beat them today.”

The Lessons of Coronavirus

No liberal bias in the media? Who is Chuck Todd kidding, besides himself?

What the NCAA tournament selection committee got right and wrong